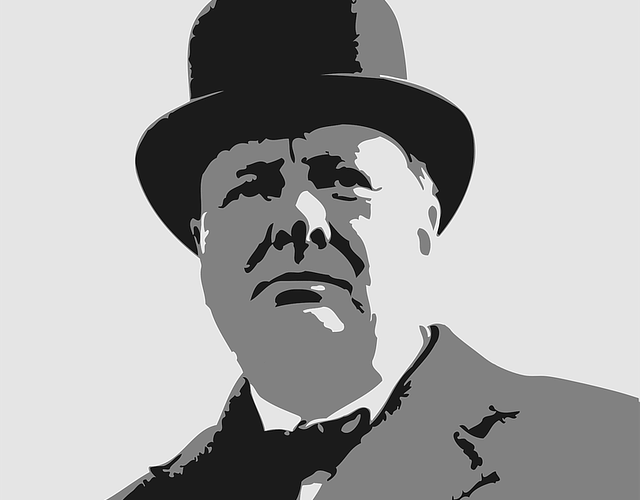 Gary Oldman’s Oscar-winning performance as Sir Winston Churchill in Darkest Hour is cinematic storytelling at its best and an absolute Tour de Force.

Given the scenes in the UK House of Commons today, I wonder if we’ll be seeing a similar movie portrayal when the story of Boris Johnson’s tenure as prime minister comes to be told?

The film is both intense and claustrophobic in the way it evokes the period in 1940 when Hitler was overrunning Europe and the newly installed prime minister was battling his own Conservative Party grandees who, desperate to avoid another catastrophic war, were agitating to strike an accord with Nazi Germany.

The sense of confined space is so overwhelming you welcome the light and fresh air when you leave the cinema.
And you’re left with nothing but admiration for that generation and all they went through to preserve our way of life as we know it in the face of tyranny.

At its heart is Oldman’s stunning performance which has rightly seen him scoop Best Actor awards at both the Baftas and the Oscars.
It was a film which left me immediately wanting to re-watch Christopher Nolan’s Dunkirk as well as dive in to Roy Jenkins’ Churchill biography.

Why storytelling can never give you the full picture

But the writer in me was left with another question.
To what extent any portrayal, however brilliant, any script, and any biography capture the man himself?

And by extension that question doesn’t just apply to Churchill but to anyone you are trying to portray on screen or on a page.
Getting philosophical about it what is the boundary between portrayal and reality? And can there ever truly be one?

Many actors have given us their own versions of Churchill from Richard Burton to the late Robert Hardy.

More recently I’ve been enjoying the portrayals of Michael Gambon in the ITV drama Churchill’s Secret, John Lithgow in Netflix’s lavish drama series The Crown, and Ian MacNeice alongside Matt Smith in the Doctor Who episode Victory of the Daleks.

Why you will always need people for great storytelling

I like them all, but then I have to remind myself that they are representations shaped through the craft of writing, directing, make up, lighting, research – shaped that is by the craft of storytelling. And it is that, in fact which makes them great, because they can be re-interpreted in so many different ways.

Great historical figures such as Churchill were magnificently human to all who knew him, but the endeavours of those who craft the stories which follow are wonderful too in their own way.
It’s something you can’t aggregate, or pixelate (just yet), though maybe that’s on its way if you look at the recent example of reanimating Peter Cushing’s portrayal of Grand Moff Tarkin in Rogue One.

But stories rely on people, both as subjects but also to create, shape, craft and preserve.

Which is why Gary Oldman’s portrayal of Churchill may well be the finest of its generation, but it won’t be the last.

Looking for a writer or editor? Then why not get in touch or find out more about me and my story?

How about sharing this below with five people you know with Churchillian ambitions?