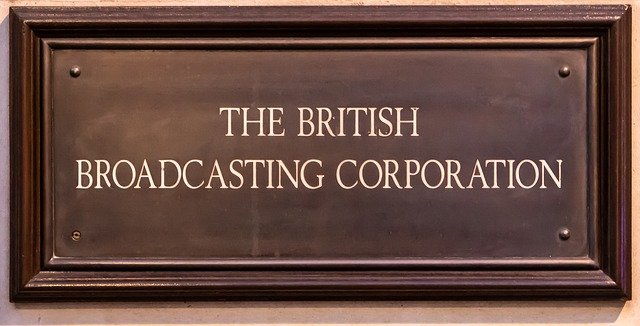 It must be a strange life being Monty Don and Naga Munchetty.

Both are excellent broadcasters in my view – and I admit to being particularly partial to Monty and Gardener’s World.

But if my Google newsfeed is to be believed, then I reckon they are being spied on.

In fact I think it’s worse – I suspect they are being trailed by some form of insidious artificial intelligence, a surveillance technology far greater than that of even the Russians and Chinese. And so insidious it may well rot your brains.

And it’s not just Monty Don and Naga Munchetty either

It’s worse than that – much worse. For these are not the only mid-weight BBC celebrities who are being stalked either – fellow BBC Breakfast presenters Charlie Speyt, and Carol Kirkwood are also being watched.

Everyday – sometimes several times my phone’s Google newsfeed sends me updates – like a kind of Big Brother gone wrong about what these unfortunates have been getting up to on air in the BBC Breakfast studio.

And if you’re still alive after reading that then you get the picture.

Or how about this one which is one of Monty’s tweets stealthily rehashed as news.

All of which you might think is nothing to worry about until you realise that the publishers are none other than express.co.uk or the online cousins of the once mighty Daily Express newspaper (though that must seem like several life times ago now).

What is the AI newsbot behind all this stuff?

In fact, such was the combined ubiquity and inanity of all these stories that I’d concluded the media moguls must have invested in some kind of all-knowing AI newsbot .

But after further investigation – ie I clicked on the reporters’ bylines – I concluded that the sources were all too human.

Which then made me realise that somebody somewhere is actually being paid to sit for hours on end in front of a telly and write up all this staff ad nauseum- and yes I think that’s the right word, or possibly just the way I feel.

And that’s either got to be the job of the century or pretty soul destroying if you are one of those said writers (I reckon I’d better stop short of calling them journalists).

Can you imagine what would happen if Naga, Charlie, Carol and Co did something truly involuntary like farted on air? I’m convinced the internet would explode as a result.

And surely these presenters are missing a commercial trick – given all the stuff that is appearing about them I reckon they should tap up The Express for a cut based on all the clicks and presumably eyeballs and revenue they must surely be generating – otherwise why do it?

But I forgot, they can’t do that, as express.co.uk among others also reports how new BBC Director General Tim Davie wants his presenters to stop moonlighting.

Part of me feels for the writers churning this stuff out – like a kind of sweatshop journalism. I wonder if they are getting paid piece rate given the amount of stuff they spew out per day?

Do they dream of a life free from the telly – or even a chance to watch and report on the real news, or sit in the garden?

Perhaps then they could learn something from Monty and Naga that might actually be worth reporting.

Thinking about things, This is what I do journalism, storytelling, writing