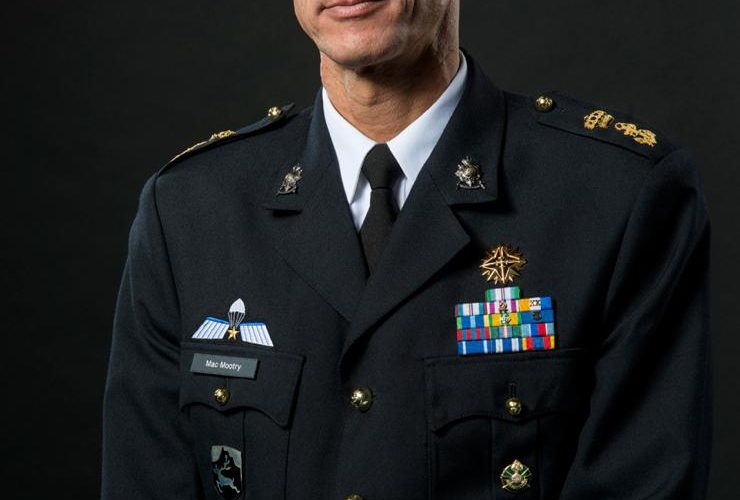 As a young marine Jeff R Mac Mootry trained with the Royal Marines in Scotland.

Ties between British and Dutch marine forces had always been close – British and Dutch officers are attached to units in each other’s countries.
And the two nations have stood “shoulder to shoulder” since a joint operation to capture Gibralter in 1704.

After joining the Marine Corps in August 1985, it was the Cold War which was uppermost in the young officer’s mind.

And now as Director of Operations Royal Netherlands Navy and Commandant General Royal Netherlands Marine Corps Brigadier General Mooty, he believes we have come full circle and it is a resurgent Russia which is giving pause for thought. 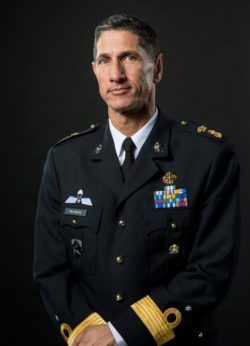 Russian maritime units must pass through the so-called ‘Greenland-Iceland-UK’ gap, which makes for some interesting encounters, while global warming is also setting off a race of a different kind – to gain access to the wealth of mineral and natural resources available as the ice melts.
In a sign of rising tensions, a trial marine corps comprised of UK, US and Dutch personnel is heading to the Arctic Circle as part of the Norwegian Defence Concept.
“What we see is increasing interest from Russian Naval vessels when we exercise there, Brig Gen Mac Mootry explained. “When we do launching exercises as part of the ballistic weapons programme we see there are more Russian naval vessels than normal.

“We also see that they come closer to our ships. They clearly have an interest in what we are doing. What we also see is Russian fighters when we exercise in the Baltic area. They fly close to our warships just to make their presence known.
“We have been exercising there for the past 45 years but we will intensify our training there.”

But times have moved on from the Cold War and the threat is not just on the battle field; as well as military threats there is an emphasis on economics, finance, and communication.

The age of hybrid and cyber warfare

“It’s more complex than it was before – hybrid warfare and cyber warfare,” he said. “The Russian Navy is now building submarines with a capacity that’s challenging for our navies.
“Since the ice caps are melting, I foresee shipping routes from Japan and China will go via the Arctic in the future, which means our presence in the Arctic is even more important.
“There are also natural resources there that are more attractive.”

Speaking to British journalists in Rotterdam, he stated that it’s a partnership which he fully expects to endure – and in fact he dismisses any suggestion that Brexit will have any effect any military co-operation between the two countries.

British and Dutch – why Brexit won’t get in the way

“I don’t think Brexit will affect the defence issues – not when it comes to operational issues. The fact that we are both in Nato is far more important than being in the EU when it comes to defence.
“The European Amphibious Initiative isn’t for EU countries, it’s for European countries.

“We have an interesting future now with everything that’s going on across the globe. I foresee that our partnership will be as relevant now as it has been in the past decades.
“It’s more like restating our cooperation that’s been there for 50 years, and making sure it’s future proof.”

A small favour: If you liked reading this article then please share it below!