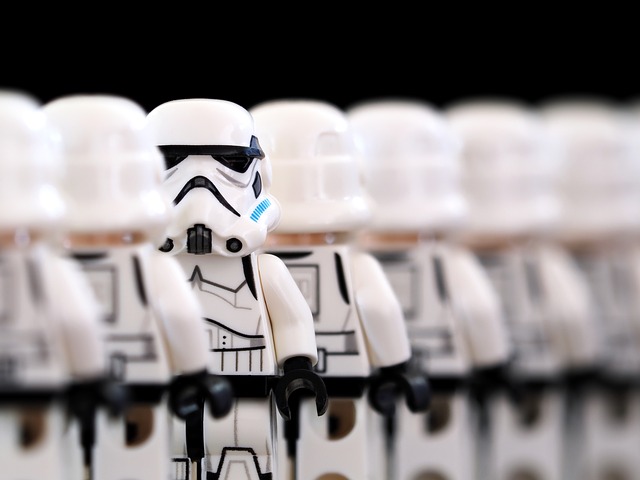 If so much of what I do can be automated then what is the point of me?

In the early days of running my own content writing business I had a coffee with a business owner who was interested in how I could help get his name out there.

His business was still pre-revenue, but coming on apace with a new website up and running and he was keen to show me some animation he’d had done for his website.
‘How much do you think it cost?’ he asked me, handing me his smartphone.

Now, you always have to be careful with loaded questions, so while I knew the answer might be at the lower end, I felt it was important to give a sensible answer.
“Around £800,” I ventured, ok even that was high as I was thinking around £100 or even £75 if I’m honest.

Ok so I may have overdone it, but I didn’t want to burst his bubble as a deal maker extraordinaire.
He’d also asked me how much I would quote him for a press release before quickly deciding that what I was offering wasn’t for him (it was from £300 plus VAT btw, though I always advise people to get pictures taken by a professional photographer, which would add another £180 or so on to the price).

Yet I stared into my latte, feeling pretty aghast and with a feeling that we were probably never going to work together as our values (as well as our pricing) were probably never going to be on the same page – or not until his business was at a different stage in its development, and he could see the value in investing in what I was offering – he still hasn’t.
However, there were no hard feelings and I wished him well.

It got me thinking about the disruptive power of globalisation and how it was driving down prices for services. Is it any wonder that there has been such a backlash against it all and the feeling that we are being commoditised?
And the next thing coming down the tracks is automation, which is going to do for services what the internet has done for retail – ie totally obliterate the world as we know it.

It’s not just the professional services firms such as the lawyers and accountants wondering if they’re going to be reduced to serving a SaaS platform, the proliferation of tools and automated self-service platforms to help people generate content could well prove disastrous for a content writing business such as mine, couldn’t it?

Yet, despite the disruption I actually believe that tech has been a great leveller for small businesses like mine, and though I like to look my customers in the eye, I’m not averse to doing that via a Skype call and talking to them wherever they are; from Aylsham to Arkansas, Briston to Brisbane, Dereham to Delhi (you get the picture).

I also take an interest in automation and its effect on journalism and wrote recently about how a start-up founder was using AI to shake up the news industry.

As a journalist of some 16 years standing, I loved getting exclusives.

But thanks to technology and the rise of social media channels, no-one these days has an exclusive right to produce content in whatever shape or form. And, in fact, a lot of what I see is excellent, and better than what often comes out of a typical newsroom.
I’d actually be quite excited to be working in the kind of newsroom he is talking about as I think I could add value.

I think increasingly that value will be not in the software or the tech, but in the relationships and the face-to-face, and that is true both for journalism, which I think has lost its way in that respect if I’m honest, and also for the kind of long-form content marketing I’m producing for clients these days.

So with that in mind, let’s think about that content writing business question again.
Which of the following statements do you agree with?

Anyone with a keyboard can write a story

Anyone with a smartphone can take a picture

Anyone with a smartphone can shoot a video

If you answered yes to all of those them I’m dead!
Aren’t I?

But how about we change it to this?

Anyone with a keyboard can craft a compelling story

Anyone with a camera can create a narrative through video

I think that brings with it a set of assumptions about skills, knowledge, experience, professionalism, and yes value, which I don’t think comes simply with the touch of a button.
And that’s what I believe sets people like me, and this content writing business, apart.

So, I may not have got the gig, but he paid for the coffee and I got to understand not only the point of me, but the value as well.

*If you think I can add value to your business why not get in touch through the contact form or email shaun@contentconnective.com or call me on 07708 855 486 – yes that’s my phone and you will get through to me!